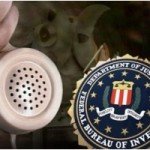 The U.S. Court of Appeals for the Second Circuit has granted Galleon Group hedge fund founder Raj Rajaratnam an emergency order, meaning he will not have to immediately turn over wiretap recordings to the U.S. Securities and Exchange Commission.

The temporary stay granted on Thursday came two days after U.S. District Court Judge Jed Rakoff ordered Rajaratnam and co-defendant Danielle Chiesi to surrender the recordings to the SEC. In a brief to the appeals court Rajaratnam’s lawyers said that Rakoff’s order “contravenes the plain text of the wiretap statute” and disregards “strict limitations and privacy protections” that the law provides.

Reuters reports that a three-judge appeals court panel is now likely to consider whether the defendants will be required to turn over the evidence resulting from thousands of wiretaps in the criminal probe to the SEC ahead of the civil trial, which is currently listed for August 2, 2010.