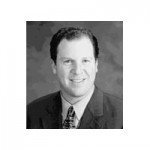 A federal judge has thrown out the SEC’s stock option backdating case against Michael F. Shanahan Jr. According to the St. Louis Post-Dispatch,  U.S. District Judge Jean C. Hamilton ruled on Friday that the SEC failed to present enough evidence to show that Shanahan Jr., the son of the former CEO and co-founder of Engineered Support Systems Inc., misled investors with respect to ESSI’s stock option plan.

The SEC claimed that Shanahan Jr. was in a unique position to know about the alleged backdating because he was a member of the directors’ compensation committee.