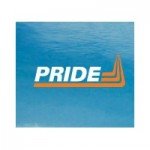 On Tuesday, Pride International reported that it has accrued $56.2 million in anticipation of fines from the SEC and the DOJ for alleged violations of the FCPA. The company accrued this amount in the fourth quarter of 2009, and stated that the accrual represents its “best estimate of potential fines, penalties and disgorgement related to settlement of the matter with the DOJ and SEC.”

In 2006, Pride International voluntarily disclosed information regarding allegations of improper payments to foreign government officials, according to the company’s press release. The company is cooperating with the SEC and the DOJ investigations.