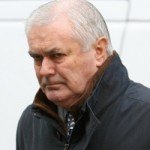 On Wednesday in Southwark Crown Court, London, FSA prosecutors argued that former Cazenove partner, Malcolm Calvert, told a friend to purchase stock before critical announcements about the companies were made. Specifically, prosecutors allege that Calvert told Bert Hatcher to purchase shares in six different companies from 2003-2005, before each company made market-moving announcements, Bloomberg reports.

Hatcher allegedly made 280,000 pounds ($439,000) on the transactions. Bloomberg reports that Hatcher now suffers from dementia and will not be able to testify at the trial.  However, his witness statement from 2008 will be read to the jury.