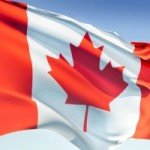 Eight securities class actions were filed in 2009, the second-most ever. 2008 had the most filings, with 10.

Some of the most notable cases in 2009 involved the decisions of the Ontario Superior Court of Justice, which certified three class actions suits. Additionally, in the IMAX case, that court issued its first ruling on an application to proceed with claims under new secondary market liability provisions, according to the study.