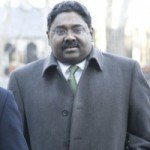 In so ruling, Judge Holwell ruled in favor of the defendants, who argued that six months was not enough time to prepare for a case of this magnitude, according to the Wall Street Journal. Prosecutors had pushed to have the criminal case heard in June or July, before the SEC’s civil trial scheduled for August 2. According to Bloomberg, prosecutors argued that the defense sought an unfair advantage by bringing the insider trading case to trial prior to the criminal trial.