Australia: No AWB Final Settlement Until at Least April 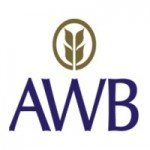 The multimillion settlement negotiated by AWB last week that ended the securities class action trial regarding the Iraqi kickback scandal will not be finalized until at least April 2010. Under the settlement, which requires approval of the Federal Court, AWB agreed to pay $39.5 million to shareholders.

According to the Australian Associated Press, during a brief hearing on Friday, there was some debate as to the eligibility of some of the 1,243 participating members of the shareholder group. In addition, new  “latecomer” shareholders have begun to contact the court since learning of the settlement agreement.

The matter will return to the court on April 23.