Browse: Home / 2010 / February / 22 / Australian Shareholders Missing Out on Billions in US Settlements

Australian Shareholders Missing Out on Billions in US Settlements 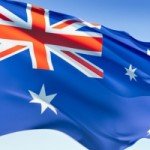 Australian investors are reportedly losing out on billions of dollars by failing to take part in securities class action settlements involving US companies. A study by Goal Group, a class action services specialist, found that superannuation and asset managers in Australia had failed to claim a combined $3.5 billion in settlement funds from 2007 to 2009.

The subprime-related crisis has triggered a new wave of class action lawsuits that will lead Australian investors to miss out on additional billions in the coming years unless they take steps to recoup money, according to Goal Group managing director Stephen Everard.

As shareholders during the relevant class periods, Australian investors have often missed opportunities to claim compensation from settlements that was rightfully theirs, Everard said, perhaps due to a perceived inability to track the claims process.