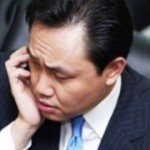 Huang Guangyu, the former chairman of Gome, is expected to go on trial at Beijing No.2 Intermediate People’s Court within a month, according to the Global Times.

Police detained Huang, who was ranked by Forbes Asia in 2008 as China’s second richest man, in November 2008 and he was formally charged on February 12 with insider trading, illegal business dealings and bribery.