Prosecutors to Seek Extraordinary Leniency for DiPascali in Madoff Case 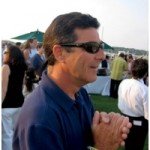 It is expected that “extraordinary” leniency will be requested for Frank DiPascali Jr. in return for the substantial assistance he has given to prosecutors involved in the Bernard L. Madoff related investigation and prosecutions.

According to the New York Times, DiPascali, who has admitted to being Madoff’s right-hand man during his mammoth Ponzi scheme, is likely to receive prosecutors’ support for an extraordinary reduction in the 125-year prison term he is facing.

In a 10-page letter submitted under seal to Judge Richard J. Sullivan of the U.S. District Court in December as part of an endorsement of DiPascali’s release on bail pending his sentencing hearing, prosecutors have apparently already described the specific help provided by DiPascali in individual cases.

The joint efforts of the prosecutors and DiPascali’s defense team to secure his bail were finally successful last week, despite criticism by Judge Sullivan that the prosecutors were sending the “the wrong message to the defendant’s victims and the public at large.”