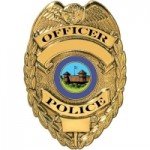 Michael David Sanders has become the fourth person to plead guilty in a unusual case in which defendants admitted they impersonated FBI and SEC officials while trying unsuccessfully to recover funds for people who lost investments to a $40 million Ponzi scheme.

According to the Sacramento Bee, victims of a Ponzi scheme allegedly carried out by Anthony Vassallo, apparently engaged the four to recover $378,300.16 from three men associated with the scheme. Prosecutors allege that the foursome walked into a Folsom office wearing bulletproof vests, handcuffs, badges and earpieces, and confronted three men associated with the alleged scheme. One of the men was reportedly carrying a stun gun, the Bee reports.

The men then announced they worked for the FBI and the SEC and demanded that money be wired to an account at an area credit union. No money was wired, however.

Vassallo, who was indicted in relation to the alleged Ponzi scheme last April on mail fraud, wire fraud and money laundering charges, has pleaded not guilty. Sanders and his co-conspirators are due to be sentenced in California next month.