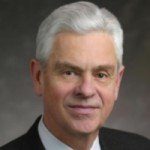 Morgan Stanley’s Gary Lynch will step down as chief legal officer of the bank, Bloomberg reports.

Lynch, a former director of enforcement at the SEC, who led investigations of Ivan Boesky and Michael Milken in the 1980s, will remain in the position until a successor is named. He is to stay on in London to “focus on firm management and his responsibilities as a board member of our European subsidiaries.”

Eric Grossman, currently Morgan Stanley’s head of global litigation and general counsel for the Americas, is reportedly one of the leading candidates to fill Lynch’s position.