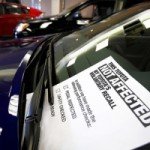 Toyota Motor Corporation received subpoenas from a federal grand jury and the SEC in relation to reports of sudden acceleration in its cars, at the same time as leaders of a panel of the House Energy and Commerce Committee, accuse Toyota of misleading the public about safety problems.

The Wall Street Journal reports that Toyota President Akio Toyoda is scheduled to testify this week before the Energy and Commerce Committee and in a separate session before the House Oversight Government Reform Committee. Toyota has been criticized for resisting the possibility that electronic defects in its vehicles could be responsible for incidents of unintended acceleration.

Toyota has announced that the federal grand jury subpoena was issued on Feb. 8 in New York and on Feb. 19 it received a voluntary request and a subpoena from the SEC’s Los Angeles office SEC seeking documents related to sudden acceleration and the company’s disclosure policies and practices.