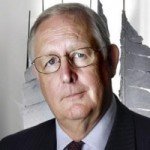 On Wednesday, Britain’s Supreme Court backed a U.S. extradition request in a price-fixing case that may lead to a more aggressive approach in the U.S. to cross-border financial crime. Reuters reports that the court dismissed an appeal by Ian Norris (pictured) against a U.S. government extradition request so that he could be tried in the U.S. on obstruction of justice charges related to alleged price-fixing.

Norris is likely to appeal at the European Court of Human Rights. His attorney, Alistair Graham, stated that “a 67-year-old man, in poor health, is likely to be extradited to the United States for activities said to have taken place in the UK and for which no substantive evidence has ever been considered in the UK courts.”

Other lawyers told Reuters that the case will likely increase willingness for the U.S. to seek extradition in future cases involving corruption, fraud and insider trading, as well.