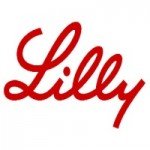 The SEC and DOJ have expanded their investigations of Eli Lilly & Co.’s compliance with the Foreign Corrupt Practices Act. The Wall Street Journal reports that the investigation now includes Lilly’s activities in additional countries. The SEC began investigating Lilly in 2003 The SEC initially notified Lilly in 2003 that it was probing whether its Polish unit had violated the Foreign Corrupt Practices Act