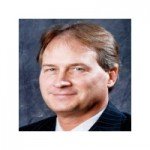 A federal jury has found former Quest Energy Partners CFO David Grose guilty of three counts of wire fraud. The charges stem from a $1 million scheme to defraud Quest, according to a press release by the DOJ on Wednesday.

The DOJ stated that Grose used $1 million of Quest’s money to initiate a personal investment in a hydrogen fuel technology company. He then documented the $1 million in Quest’s books as payment for a pipeline order that he had canceled. He never informed the accounting department that he had canceled the order, the DOJ says.

Grose faces up to 20 years in prison for each count of wire fraud and a fine up to $2 million.