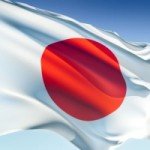 On Thursday, Japanese prosecutors arrested three men for allegedly participating in an insider trading scheme involving shares of equipment manufacturer Takes Group Ltd.  According to the AP, Hiroaki Kawano, Takayuki Hisatsugi and Tomoyuki Sato are suspected of engaging in trades of Takes Group Ltd. before the company announced its plan to allocate new shares to a third party and later to give up the plan.

Kawano is reportedly Takes Group’s major shareholder, and effectively managed the company. Hisatsugi and Sato are executives at Takes Group. The three men allegedly made tens of millions of yen on the trades.