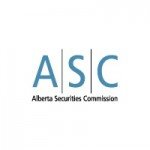 Wilson worked as the operations manager for Alberta Clipper Energy Inc.  He admitted to purchasing shares of the company in 2006, after learning of nonpublic drilling results. He also admitted that after the information was made public, he sold the shares to make a profit of approximately $29,400.