FCPA Enforcement in 2010: Prepare for Blastoff

When Assistant Attorney General Lanny Breuer was recently asked to comment on enforcement of the Foreign Corrupt Practices Act in 2009, he minced no words: “One can say without exaggeration that this past year was probably the most dynamic single year in the more than 30 years since the FCPA was enacted.” 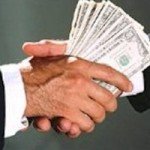 He’s not kidding. The Justice Department brought a record 26 actions in 2009; the Securities and Exchange Commission brought another 14, its second-most ever. The DoJ’s cases included prosecutions of 44 individuals—a huge surge from just nine in 2008, 10 in 2007, and six in 2006. Further, after five years without a single FCPA enforcement reaching trial, no fewer than four individuals took their FCPA case to a jury in 2009, also making it “the year of the FCPA trial,” according to Breuer.

Breuer’s year-end analysis of 2009 as the most dynamic year for FCPA enforcement lasted for all of six weeks into 2010—by which time, it had already become quite clear that 2009 was only the pre-game show for what’s to come this year. In the first two months of 2010, both the SEC and the DoJ have loudly served notice that FCPA enforcement is now, unmistakably, a top priority for both.

In mid-January, the DoJ filed an historic FCPA “bust” against 22 individuals at one time, a case that had compliance officers everywhere sitting up and taking notes. Shortly thereafter, the Justice Department announced that it now considers FCPA enforcement to be nothing less than a national security issue, and one that will be increasingly tied to the global fight against terrorism. The SEC, meanwhile, created and staffed a whole new enforcement unit in January dedicated to fighting FCPA violations. As discussed in detail below, the zeal of these two watchdogs has reached levels never seen before, and will lead to 2010 quickly replacing 2009 as the “most dynamic single year” in the history of the statute.

The SEC moved first in 2010, announcing on January 13 that as part of a significant reorganization of the Enforcement Division, it had created a new, specialized unit to focus solely on FCPA issues. The chief of the new unit is Cheryl Scarboro, who announced in her first speech that the specialized unit would help its members gain in-depth knowledge of industries and regional practices to better uncover corrupt practices, and conduct more targeted sweeps and sector-wide investigations. She also promised a more active role working with the SEC’s regulatory counterparts in other countries, as well as with the Justice Department.

On January 19, less than a week after the SEC created its Foreign Corrupt Practices unit, the DoJ made history when it announced the filing of a massive FCPA case against 22 executives and employees of companies from around the globe in the military and law enforcement products industry. Following an unprecedented undercover sting operation, these 22 individuals were arrested and indicted for engaging in schemes to bribe foreign government officials to obtain and retain business. Prosecutors used a Las Vegas trade gathering of arms-industry executives as a high-profile opportunity to arrest 21 of the 22 defendants.

Quickly dubbed “Catch-22,” the Justice Department operation was the largest single investigation and prosecution against individuals in the history of FCPA enforcement. It involved 150 FBI agents executing 14 search warrants in nearly a dozen locations in the United States, seven search warrants in Britain, and the DoJ’s first large-scale use of undercover law enforcement techniques to find FCPA violations.

Catch-22 also reportedly involved an extraordinary undercover event that involved a gathering of all 22 of the defendants at a restaurant in Washington, D.C. The entire group, while being secretly videotaped by the FBI, raised their glasses to toast the man who’d brought them together: Richard T. Bistrong. It turned out that Bistrong was working with the government to build its case, and that another person at the table who they believed to be a Defense Ministry official in the African country of Gabon was himself an undercover FBI agent. The DoJ alleges that the 22 defendants agreed to pay a 20 percent “commission” to the phony Gabon minister to win a portion of a $15 million deal to outfit the country’s presidential guard, in violation of the FCPA.

Breuer spoke about Catch-22 at the American Bar Association’s White Collar Crime National Institute on Feb. 25, and said the investigation reflects a cornerstone of the department’s current FCPA enforcement policy: the aggressive prosecution of individuals. “The prospect of significant prison sentences for individuals,” he said, “should make clear to every corporate executive, every board member, and every sales agent that we will seek to hold you personally accountable for FCPA violations.” He added that corporations were not off the hook either, and that the DoJ would insist upon corporate guilty pleas or bring criminal charges against corporations when the conduct is “egregious, pervasive, and systemic, or when the corporation fails to implement compliance reforms, changes to its corporate culture, and undertake other measures designed to prevent a recurrence of the criminal conduct.”

February 2010 also witnessed a guilty plea and a $400 million fine in the Justice Department’s long-running corruption case against BAE Systems. In the United States, BAE pleaded guilty to, among other things, making false statements about its FCPA compliance program, and was sentenced to pay one of the largest criminal fines in the history of the FCPA. BAE also settled with British regulators at the same time, agreeing to pay a much smaller fine of £30 million ($45.1 million). The disparity of those settlements sparked additional discussion about the inadequacy of British anti-bribery law.

This, too, will likely change dramatically in May, when the United Kingdom’s “Bribery Bill” is expected to become law. As summarized by Thomas Fox, an FCPA compliance consultant, the Bribery Bill is significantly broader than the FCPA in several areas, including:

Fox says the Bribery Bill has significant, direct implications for U.S. companies with British offices and could open U.S. companies to prosecution in Britain. U.S. companies must be prepared to “enact changes to their FCPA compliance programs to incorporate the required changes if they have U.K. subsidiaries or business operations,” he warns.

In February, Mark Mendelsohn, who heads up the Justice Department’s FCPA team, raised the stakes even higher when he told an audience at the Global Ethics Conference in New York City that he expects FCPA enforcement will soon be treated like a national security issue. Mendelsohn said he believes the U.S. government will pursue corruption “in a far more rigorous way than it has in the past. Policy may also further reflect that corruption is a national security issue and an impediment to security in combat areas, like Iraq and Afghanistan.” He observed that many people in the government see a clear connection between illicit money—which includes money from corruption—and terrorism.

Top FCPA lawyers and advisers agree that FCPA enforcement has reached a fever pitch, but offer different messages to companies living under this new scrutiny. Joseph Warin, a partner at the law firm Gibson, Dunn & Crutcher who handles many FCPA matters, says that as the SEC and DoJ have intensified their enforcement agenda, “virtually every industry with international activities in emerging markets should scrutinize its international divisions to insure that its business practices, including with its distributors and agents, are complying with the ever-expanding FCPA statute.”

Others like Pamela Parizek, a former SEC enforcement attorney who is now a partner in KPMG’s Advisory Services practice, acknowledge the stepped-up enforcement of the FCPA, but contend that it is paramount for companies to focus on running their business and returning to profitability without micro-managing every business decision. “At some point, there must be some level of faith that the message of accountability has been received, loud and clear,” Parizek says. “For businesses, it is time to focus on the future, while learning from the past.”

3 responses to “FCPA Enforcement in 2010: Prepare for Blastoff”