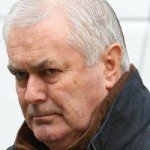 Former Cazenove partner Malcolm Calvert, found guilty of insider trading yesterday by a London jury, has been sentenced to 21 months in jail for insider dealing. Judge Peter Testar of the Southwark Crown Court handed down the sentence today, the Telegraph reports.

Judge Testar said that Calvert had made the trades worth £502,000 “deliberately, not recklessly,” adding that Calvery “took advantage of information from someone he knew to be under a duty not to disclose it. Malcolm Calvert was keenly aware of what the obligations of the primary insider were and he was keen or willing to exploit the primary insider’s breach of duty.”