Lerach to Speak on the Financial Crisis at USD 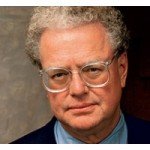 After being released from federal custody just last week, Bill Lerach is already scheduled to hit the speakers circuit at the University of San Diego School of Law on April 12. Lerach will be part of a panel scheduled to discuss the aftermath of the financial crisis.

Lerach was released from prison last week after serving his sentence for a felony conviction in connection with a class action kickback scheme. Lerach has also been disbarred.