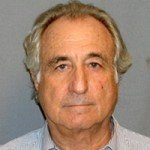 On Monday, Bernard Madoff’s sons Andrew and Mark Madoff, brother Peter Madoff and niece Shana Madoff filed separate motions asking the court to dismiss the “sensationalistic” complaint of Madoff trustee Irving Picard against them. Picard has sued the family members seeking the return of nearly $200 million, but the Madoff defendants argue that they were themselves victims of the Ponzi scheme.

CNBC reports that the sons argued to the court that they were the ones who actually reported the scam to authorities immediately after their father confessed to them on December 10, 2008.  Peter Madoff also argued that he is “devastated” by the scandal and that the trustee’s case seeks to impose “liability by association.”