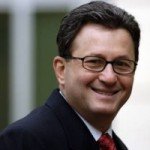 On Monday, federal prosecutors filed a document with the court requesting that Joe Nacchio attend his resentencing hearing on June 24. The Denver Post reports that Nacchio waived his right to appear at the resentencing.

Federal prosecutors argue that Nacchio should be present so that he can personally receive condemnation from the court for his actions and show respect for the legal system.

According to the Denver Post, his sentence may be reduced because of a miscalculation in Nacchio’s gains from the trades in the original sentencing. The former Quest CEO is currently serving a six-year prison sentence after pleading guilty to insider trading violations.