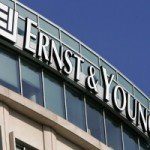 Lehman moved $50 billion of loans off its books by structuring a regular financing arrangement as an asset sale. The Telegraph reports that E&Y approved the “sale” under US GAAP, however a UK accountant stated that the transaction would not “fly” under international standards.