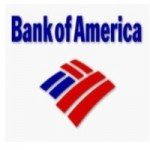 The Dutch pension fund, ABP, is suing Bank of America over its takeover of Merrill Lynch in 2008. According to DealBook, the fund’s asset manager, APG, claims that BofA did not inform investors of Merrill’s losses and $5.8 billion worth of bonuses to paid out to Merrill employees before the sale.

APG stated that if it had known about the losses and bonuses, it would not have voted for the merger. DealBook reports that the fund is seeking $91 million in damages.