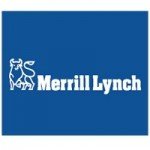 The FSA has banned former Merrill Lynch International Bank trader, Alexis Stenfors. The FSA claims that Stenfors deliberately mis-marked the positions he was trading in the first quarter of 2009 in order to avoid showing increasing losses on the books. Eventually MLIB was required to make a negative adjustment of $456 million to its books and records, according to the Banking Times.

The Stenfors case is reportedly related to the insider trading case involving Charles and Angie Littlewood, and an unnamed third suspect. The Banking Times reports that all parties are scheduled to appear in City of Westminster Magistrates’ Court in April.