E&Y Shoots Back at Critics of Lehman Audit 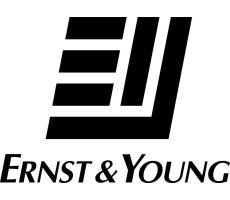 In a letter sent out to numerous clients, Ernst & Young has responded to recent criticism by bankruptcy examiner Anton Valukas of its audit work for Lehman Brothers. Among other things, Valukas focused on Lehman Brothers’ use of an accounting maneuver known as “Repo 105.” Repo 105 allowed the bank to hide $50 billion in bad loans from its balance sheet, the Times Online reports.

In the client letter, which was leaked to Francine McKenna’s re: The Auditors blog, E&Y stated that it is “confident we will prevail should any of the potential claims identified against us be pursued.” It further stated that “Lehman’s bankruptcy was the result of a series of unprecedented adverse events in the financial markets. [Its] bankruptcy was caused by a collapse in its liquidity, which was, in turn, caused by declining asset values and loss of market confidence in Lehman. It was not caused by accounting issues or disclosure issues.”

E&Y also stated in the letter that “[w]hat has not been reported in the media is that the Examiner did not challenge Lehman’s accounting for its Repo 105 transactions.”
Read the Times Online article
Read the re: The Auditors post