FSA Arrests Six After Carrying Out Its Biggest ‘Swoop’ Yet 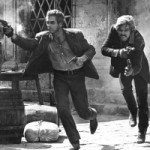 The UK’s Financial Services Authority is presently operating under what The Economist has called a “death sentence,” as the Conservatives have vowed to abolish the agency if they win the general election in June. It seems clear, however, that if the FSA is going out, it is going out with guns blazing. The FSA announced today that this morning it arrested six men after carrying out a massive “swoop” jointly with the Serious Organised Crime Agency in which it searched 16 separate addresses in London, the South East and Oxfordshire. Full details are available in this post on my Enforcement Action blog over at Compliance Week.