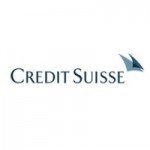 Credit Suisse Group must pay STMicroelectronics NV $431 million as the result of unauthorized investments in auction-rate securities. BusinessWeek reports that the initial ruling was issued in 2009 by Finra. U.S. District Judge Deborah Batts affirmed the the arbitration award on Friday.

According to BusinessWeek, STMicroelectronics accused Credit Suisse of investing in risky securities after stating that it would only invest in student loans backed by the U.S. government. Credit Suisse argued in April 2009 that a FINRA arbiter had made “misleading disclosures that caused the bank to forgo its right to strike him from the panel.”  It also claimed that the arbitration panel disregarded relevant law. Credit Suisse is contemplating an appeal.

One response to “Credit Suisse Ordered to Pay STMicroelectronics $431 Million”