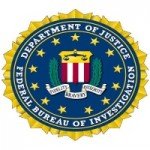 According to Reuters, Tajyar allegedly received tips from Bryant before announcements were released by Lippert’s clients, including Connetics Corp, Medivation Inc. and Halozyme Therapeutics Inc. Three other defendants were charged with illegally profiting from the trades based on this information.

The SEC filed a civil complaint against four of the five defendants in June of 2009.