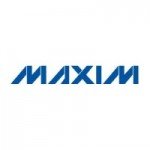 Last week, counsel for Carl Jasper, former CFO of Maxim Integrated Products Inc., stated that Maxim’s late founder and CEO was responsible for the options backdating scandal at the company. According to The Recorder, former CEO John “Jack” Gifford died of a heart attack in January of 2009.

In 2007, the SEC charged Jasper with improperly backdating stock option grants to Maxim employees and directors. Gifford previously settled with the SEC for $800,000, according to The Recorder.  But Jasper’s attorney Steven Bauer of Latham & Watkins argued that “[y]ou can’t talk about options at Maxim without talking about Mr. Gifford. You can’t talk about picking dates without talking about Mr. Gifford. He was the committee. He was the man.”