Judge: FCPA “Sting” Cases Will Not Be Tried This Year 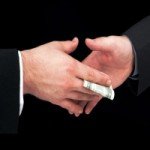 At a hearing last week, U.S. Judge Richard Leon stated that the trials in the FCPA “sting” case would most likely not commence this year. Main Justice reports that Judge Leon said there isn’t enough time to hold the expected seven or eight trials this year. Last December, 22 defendants were arrested at a gun show in Las Vegas and charged with conspiracy to violate the FCPA.

According to Main Justice, the parties are required to produce any discovery related to Richard Bistrong by April 16. Bistrong is a former executive of Armor Holdings, who is cooperating with the government. There will be another status hearing on April 21.