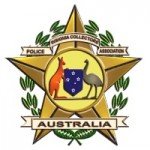 On Tuesday, Australian police and regulators raided homes to break up a gang said to be profiting from insider stock tips from investment banks. According to Bloomberg, a drug gang allegedly used inside information to trade shares of companies before corporate transactions were announced.

On April 9, police raided the homes of two Deutsche Bank AG employees, reportedly searching for details of the gang and evidence of their stock trades.  ASIC has been investigating an employee of UBS AG who allegedly provided insider information to the syndicate, according to Bloomberg.