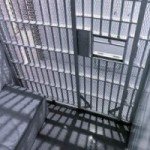 On Monday, U.S. District Court Judge Henry Hudson sentenced Charles Jumet to 87 months in prison for conspiring to violate the FCPA and making false statements to federal agents. The sentence is the longest in FCPA history, according to The Blog of the Legal Times.

Jumet is the former vice president of Ports Engineering Consultants Corporation. Jumet pleaded guilty in November 2009, after prosecutors alleged that Jumet and others paid $212,400 in bribes between 1997-2003 in order to secure maritime contracts along Panama’s waterways.

Read the Blog of the Legal Times article