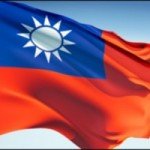 On Friday, a district court in Taiwan found Powerchip Semiconductor Corporation Chairman Frank Huang not guilty of insider trading charges. Prosecutors had alleged that Huang traded Macronix International shares before an announcement that PSC would acquire a 12-inch fab from Macronix in January 2006, according to DigiTimes.

However, the court did find that Huang was in breach of trust for having PSC pay for his home decor, according to DigiTimes. Huang was sentenced to six months in prison, which he plans to appeal.