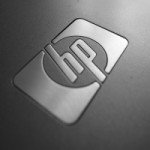 The DOJ and the SEC have reportedly joined German and Russian regulators in a bribery probe of Hewlett-Packard. The Wall Street Journal reported Friday that the purpose of the investigation is to determine whether H-P executives paid millions of dollars to bribe Russian officials in order to win a contract with Russia.

German regulators are investigating whether H-P used German middlemen to send funds to Russia.  U.S. authorities are looking into whether H-P violated the FCPA in the alleged transactions. The WSJ reports that the inquiry is “the most significant probe in years” of possible bribery by a U.S. company in Russia.