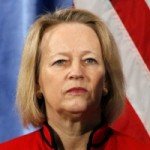 “The SEC is an independent law enforcement agency,” Schapiro stated. “We do not coordinate our enforcement actions with the White House, Congress or political committees. We do not time our cases around political events or the legislative calendar.”

She added that “regulatory reform has been pending for over a year. We have brought many cases related to the financial crisis over that period. On a personal level, I am disappointed by the rhetoric.”

The Washington Post reports that President Obama supported Schapiro’s statement, saying that the SEC never discussed the Goldman case with the White House.

The Washington Post also reports that earlier this week, Rep. Darrell Issa (R-Calif) of the House Oversight and Government Reform Committee sent a letter to Schapiro. asking the SEC to provide the committee with any information regarding communication or coordination on the Goldman case with congressional Democrats or the Obama administration.