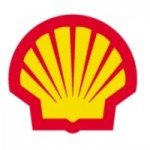 The distribution to investors of approximately $113.5 million from the SEC’s settlement with Royal Dutch Petroleum Company and The “Shell” Transport and Trading Company, PLC is now underway, the SEC announced today. The $113.5 million “Fair Fund” was created after Shell settled the SEC’s claims that it misstated its proved oil and gas reserves.

The SEC stated that the distribution will continue over the next month and is expected to go out to more than 84,000 investors in the U.S. and 56 other countries.

The SEC added that additional information about the distribution can be found at www.ShellSECSettlement.com.