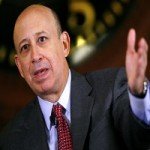 An unidentified senior executive at Goldman Sachs says the firm will seek a settlement of the SEC’s case against it, FOXBusiness’ Charlie Gasparino reports.

Attorneys for Goldman reportedly planned to initiate settlement talks shortly. Although Goldman is said to believe the case is without merit, it does not want to go to litigate with its regulator: “We can’t be going to war with the SEC,” said one senior executive at the firm. Goldman will seek to have the SEC back off of its fraud charges and instead would agree to lesser charges such as “negligence,” Gasparino reports.

However, people “close to the SEC” said the agency may not be interested in agreeing to a lenient settlement of the matter, and might insist on a fine as high as $1 billion and the resignation of senior management.