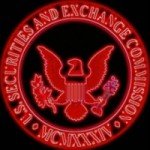 On Friday, the SEC was sued following its refusal to disclose the names of dozens of supervisors, employees and contractors who were found to have been looking at pornography on their government computers.

The Washington Times reports that law firm Steese, Evans & Frankel filed the lawsuit after its request for the names under the Freedom of Information Act (FOIA) was not granted. The Times reports that while the agency produced documents about the matter, the names of those involved were redacted.

In declining to release to the names to the law firm, the SEC stated that doing so would “constitute a clearly unwarranted invasion of personal privacy.” The complaint alleges that “there simply is no privacy right or interest to search pornography on SEC computers, particularly during work hours.”