Guest Column: Goldman Sachs Can Win, But At What Price 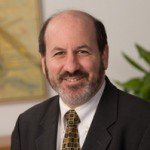 Exhaustion has set in from the debate over the split vote at the SEC to authorize the lawsuit, whether the Enforcement Division’s leadership abandoned the long-standing practice to conduct at least some additional settlement negotiations after receiving the Commission’s imprimatur to institute a proceeding in order to stoke pro-regulation flames in the heat of Congressional consideration of financial reform legislation, the agency’s attempt to divert attention from a stinging SEC Inspector General’s rebuke of the agency staff’s handling of the Stanford investigation, and the speculation over which international regulator may take its best shot too at Goldman Sachs. Shortly the focus will turn to the SEC’s civil securities fraud claim filed on April 16th against Goldman Sachs and one of its countless “Vice Presidents” for failing to disclose that the one investor who helped structure the single complex synthetic security intended to short sell it and for misrepresenting affirmatively who actually structured it. As the battle shifts from the steps of the Capitol to the courtroom of the Judge who presided over the trial of and sentenced Bernie Ebbers, the former CEO of WorldCom, we will begin to see that this is an ideal case in which a financial institution should fight the SEC, as a matter of law.

One word, central to any securities fraud allegation, will be at issue – “materiality.” In 1976, the United States Supreme Court declared that a fact is “material” if “there is a substantial likelihood that a reasonable shareholder would consider it important.” The United States Court of Appeals that ultimately may have the opportunity to determine “materiality” in the Goldman Sachs case emphasizes that the test of materiality assumes a “reasonable” person. Query whether a “reasonable person” includes German banks with credit asset management divisions managing $23.9 billion of assets and $16.8 billion of synthetic securities and described itself as one of the most highly sophisticated CDO investors in the world or an equally sophisticated Dutch bank. More than 60 years ago, the federal appellate court in Washington, DC wrote that the securities laws “were enacted for the very purpose of protecting those who lack business acumen.” This case is at the opposite end of the sophistication spectrum.

The arguments are many and persuasive to suggest that Goldman Sachs should prevail, which certainly could explain why two Commissioners voted not to authorize the agency to institute the lawsuit. Goldman Sachs argued to the SEC, and its arguments in court will include, that (1) an SEC regulation provides explicitly and in great detail the required disclosures in the offering documents for asset-backed securities, and Goldman Sachs made those disclosures; (2) the same disclosure regulation does not require either subjective perceptions of the assets or a listing of the parties that had participated in the selection of the component assets; (3) as asserted by a federal Judge in a case that I prosecuted criminally in the mid-1990s (and reflected in a reported opinion discussing due process in the context of disclosure), the SEC knows well how to promulgate disclosure rules, and it does not require the information disclosure that the SEC claims Goldman Sachs omitted here; (4) the independent agent, not Paulson & Co., ultimately decided which securities to include in the synthetic security; (5) there are long and short sale participants in CDO transactions, and those participants often share their views regarding which securities to include; (6) while Paulson’s success as a short-seller of packaged subprime residential mortgage-backed securities put it on the correct side of the crystal ball in the history books, in 2007 Paulson was but one of many participants whose name had no particular significance; (7) other portfolios of RMBSs performed in the market just as poorly as the one at issue in this case; and (8) Goldman Sachs, as a broker-dealer, had an affirmative duty to protect the confidentiality of its client’s trading strategy and activity.

Oh, yes, e-mails – the Government interprets its selection of excerpts from e-mails one way, and Goldman Sachs will argue that the SEC has misconstrued the ambiguous language incorrectly. Albeit in a criminal case, when the Government last relied on e-mails to ascribe culpability for the financial markets collapse, a New York jury (in Brooklyn, not Manhattan) returned a clean sweep scorecard in favor over two Bear Stearns’ hedge fund executives.

Often overlooked, and another point that Goldman Sachs argued to the SEC in its Wells Submission, is the one-sided discovery process in SEC investigations forming the basis for its cases. The inculcated refrain at the investigative testimony table includes that the Staff is conducting an independent fact-finding investigation to determine whether there have been violations of the federal securities laws. Potential defendants, and their counsel, who sit across the table from Commission Staff in investigations now believe otherwise, no longer expecting the Division to determine whether there is a basis for exculpation. In the drive to act like prosecutors, which SEC Enforcement Staff are not, they forget that their mission is different from the Department of Justice; the SEC’s is to regulate financial markets’ conduct and industry practices. Only in litigation will Goldman Sachs have the opportunity to conduct its own discovery, where it can flush out more fully its side of the legal and factual story.

These compelling arguments, and others, in Goldman Sachs’s legal and factual arsenal, still do not mean that the defendants would prevail ultimately at trial. Goldman Sachs has every interest in taking its best shot in the motions to dismiss based on legal principles. But, at trial, even with persuasive facts on its side, there is still the uncertainty of the “Goldman Sachs factor” in front of a jury of 12 mere mortals. Also, every court filing, as well as each day of any additional Congressional testimony, will be another day of public flogging of the financial markets titan. The SEC cares about winning and needs to prevail as part of its image and stature rehabilitation program; Goldman Sachs does not want to lose but is more interested in returning its undivided attention to building financial success for its clients. So, even those rooting for Goldman Sachs to go the distance against the SEC recognize that a settlement – after all the commotion – still is the likeliest outcome.