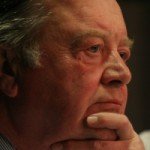 In the UK, the Ministry of Justice announced this week that Justice Secretary Kenneth Clarke has been appointed as the United Kingdom’s new international anti-corruption champion. “This demonstrates the coalition government’s clear commitment to transparency and accountability and recognises the significant cost of international corruption to our economy,” the Ministry of Justice stated.

Clarke stated that the “champion role sends out a clear message that the UK coalition government will not tolerate bribery or corruption and that we will work together to stamp out these practices across the board.” His focus will specifically include the implementation of the Bribery Act 2010.