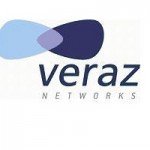 The SEC today filed a settled enforcement action against Veraz Networks, Inc., alleging that Veraz violated the books and records and internal controls provisions of the Foreign Corrupt Practices Act.  The SEC alleges that Veraz made improper payments to foreign officials in China and Vietnam after the company went public in 2007.

Specifically, the SEC alleges that: