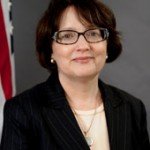 Joan McKown will be leaving the SEC to join law firm Jones Day as a partner in its Washington, D.C. office. McKown has been with the SEC for 24 years, and has served as Chief Counsel of the SEC’s Division of Enforcement since 1993.

McKown joined the SEC in 1986 as a Staff Attorney in the Office of the General Counsel. She moved to the Enforcement Division the following year and served in multiple positions, including Branch Chief and Assistant Director, before being named Chief Counsel.