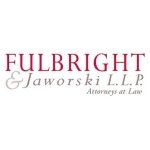 Bevilacqua joins Fulbright after eight years with Merrill Lynch, where he most recently served as a First Vice President and Senior Counsel. Prior to joining Merrill Lynch, Bevilacqua spent a decade at Salomon Smith Barney as a Director and Associate General Counsel. He previously served began his career as an enforcement attorney working with the SEC.