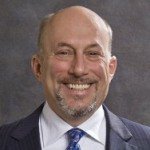 Daniel Berger has joined law firm Grant & Eisenhofer as a director in its New York office. The firm announced today that Berger will work on both domestic and international litigation matters, particularly in shareholder and other investor cases.

Berger joins G&E from Pomerantz Haudek Block Grossman & Gross LLP, where was a member since 2006. Previously, he spent 22 years with Bernstein Litowitz Berger & Grossman LLP. Among other things, Berger has the rare distinction of having tried two securities class actions to favorable jury verdicts in his career.