When is a Securities Suit Stale? 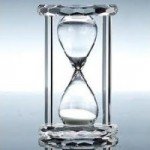 From The D&O Diary:

When the U.S. Supreme Court issued its ruling earlier this year in the Merck case pertaining to the question of what triggers the running of the statute of limitations in securities cases, there was some speculation that the decision might encourage an influx of cases involving events from the distant past. There really have not been that many cases that seemed to have been filed in reliance on Merck — at least not until now.

A case filed late last week, in which the class period cutoff date is over three years past, seems to represent a pretty clear example of a filing made in reliance on Merck, and may suggest both the kinds of filings that Merck may encourage and also the problems these cases may present.

Read more from “When is a Securities Suit Stale?”