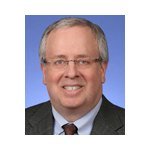 Michael Volkov has joined law firm Mayer Brown as a partner in its Washington, DC office. The firm announced today that Volkov has joined its Litigation practice and will focuses on white collar defense, internal investigations and government relations.

Volkov joins Mayer Brown from Dickinson Wright. Previously, Volkov was a federal prosecutor in the U.S. Attorney’s Office for the District of Columbia, and also served as counsel for the Senate Judiciary Committee and the House Judiciary Committee, as well as in the Department of Justice.