Why September was ‘Insider Trading Month’

Everyone knows that with its limited resources, the Securities and Exchange Commission cannot hope to catch everyone who engages in insider trading. Still, the agency does try to be as visible and smart in this area as it can be; publicity is its favorite weapon. As Enforcement Director Robert Khuzami emphasized in a speech last year, the SEC seeks to focus its resources on cases that send an “outsized message of deterrence.”

Occasionally that message gets lost or at least muddled, but the SEC often succeeds at putting the hazards of insider trading in front of the public to see. September was a case in point: Nearly every day that month, the SEC, the Justice Department, and even Hollywood sent a new reminder of the grave risks that accompany insider trading. So while it doesn’t have the same ring as “Shark Week,” let’s look back at September 2010 as “Insider Trading Month.”

For starters, September included three high-profile criminal cases that will result in individuals going to prison for insider trading. On Sept. 14, the Justice Department announced that an eight-month trial had concluded with a federal jury convicting David Brooks, the former CEO of body armor maker DHB Industries. Prosecutors charged that Brooks made a staggering $185 million by trading on inside information. Brooks, who has yet to be sentenced, now faces up to 25 years in prison and the forfeiture of hundreds of millions of dollars.

On Sept. 17, former IBM Senior Vice President Robert Moffat was sentenced to six months in prison for his role in an insider-trading ring centered on the Galleon Group hedge fund and its billionaire founder, Raj Rajaratnam. Moffat admitted to leaking inside information to a female defendant in the Galleon Group case, with whom he was having an affair.

Finally, on Sept. 21, Bonnie Hoxie pleaded guilty (in what could be called the “Dumb and Dumber” case) to attempting to sell non-public information that she learned while working as an assistant to Walt Disney Co.’s head of corporate communications. Hoxie and her boyfriend’s master plan? They conspired to send anonymous letters to hedge funds and other investment companies offering to sell the inside information. Alas, the only buyers were undercover FBI agents. Hoxie now faces up to 25 years in prison, while her boyfriend faces 33 months in prison and possible deportation.

September also brought us two trials that demonstrated that the SEC and the Justice Department will take an insider-trading case all the way to a jury, if necessary. In the first week of September, Dr. Zachariah P. Zachariah, a prominent Fort Lauderdale cardiologist and “master Republican fundraiser,” took the stand in the SEC’s insider-trading case against him. The SEC charged that Zachariah made nearly $1 million by purchasing shares of two local public companies after learning the companies were being sold but before public announcements of the deals. His trial is expected be completed in early October.

On Sept. 28, federal prosecutors rested their case in the trial of U.S. v. Contorinis, an important case against a hedge fund executive being billed as a preview of next year’s blockbuster trial in the Galleon case. Prosecutors allege that Joseph Contorinis, a former partner of the Jefferies Paragon Fund, made more than $7 million in illegal profits and avoided millions of dollars in losses by trading on tips from the government’s chief witness. Like Galleon’s Raj Rajaratnam, Contorinis claims he traded based on public information and press reports.

Perhaps the biggest trial-related event occurred on Sept. 14, when a federal judge issued a crucial ruling that clears the way for another trial that will undoubtedly receive massive attention: the SEC’s fraud and insider-trading case against former Countrywide CEO Angelo Mozilo. U.S. District Judge John Walter refused to grant Mozilo’s motion to dismiss the case, finding that that the SEC had raised issues of fact requiring resolution by a jury. The Mozilo trial is set to begin on Oct. 19 in Los Angeles.

Consider some of the many other high-profile insider-trading cases that made headlines in September: 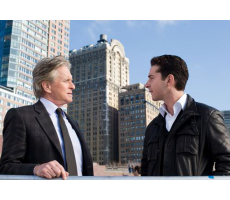 Even Hollywood helped deliver the message during Insider Trading Month, as September was filled with trailers, teasers, and finally the late September release of “Wall Street: Money Never Sleeps.” The original Wall Street movie, of course, is arguably the most famous movie ever made about insider trading (“Blue Horseshoe loves Anacott Steel!”); the sequel opens with the villain from that movie—Gordon Gekko—finally emerging from prison after serving an eight-year prison sentence for insider trading. Hopefully the extraordinary stream of other individuals joining Gekko in September as cautionary tales in the insider-trading area also captured the public’s attention and delivered a message of deterrence.