Should Congress Be Subject to Insider Trading Rules? 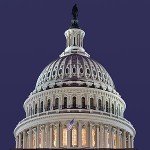 Salmon’s point is well-taken. Despite WSJ’s effort, it doesn’t appear to have identified a mountain of evidence that Congressional staffers have been taking advantage of their insider knowledge. He said he would be fine with legislation to prevent it, but doesn’t see a scandal here.

But so what? Whether there’s a true scandal here or not doesn’t change the fact rogue staffers could profit in this way, and they shouldn’t be permitted to. For example, if dog fighting rings were exceedingly rare, that doesn’t mean it would be okay if they were legal. You don’t need a gigantic scandal involving a famed NFL quarterback to create a law against dog fighting.

Read more from “Should Congress Be Subject to Insider Trading Rules?”